Why are Feature Stores Important?

This blog post was written by Preet Sanghavi as part of the Deepchecks Community Blog. If you would like to contribute your own blog post, feel free to reach out to us via blog@deepchecks.com. We typically pay a symbolic fee for content that’s accepted by our reviewers.

A machine learning project is composed of many components: data, code, environment, and of course the models. Many machine learning projects are delayed before they go into production due to inadequate feature engineering techniques, failure to store and reuse features, inconsistency between training and production features, and incoherence among feature definitions. Recent advancements in technology have given rise to feature stores. Feature stores can be defined as a software tool for data management that serves features to models. Simply put, feature stores act as an advanced storage system that helps multiple teams access the same data in a consistent and reliable manner.

Now that we have understood the meaning of the term “feature store”, let us try to understand how they work. A feature store has 5 primary components associated with it.

Periodic data processing and converting new data points to feature variable values is the primary task carried out during data transformation within a feature store.

Feature data is stored in this component which makes it easy to extract and share data amongst different teams.

This component serves the machine learning model under consideration with all the necessary features to be used for training.

Stores all the feature definitions and metadata. 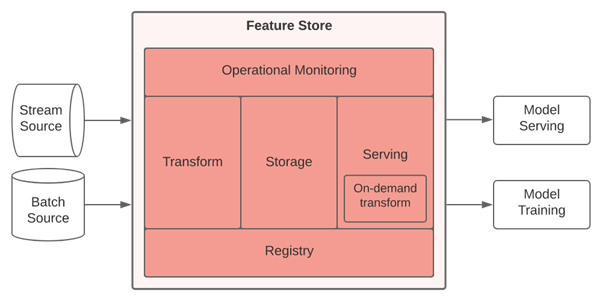 Features of a Feature Store:

It is not uncommon to see static data for building machine learning models on Kaggle. It is relatively easy to manage the data and perform feature engineering on Kaggle. However, while working on applied research methodology-based problems, many data sources are involved and data is continuously updated at regular intervals. Such data is at high risk of mishandling or leaking.

Feature stores make it easier to manage temporal data. This is done by assigning a timestamp for each and every entry in the dataset. This makes it easier to track all the associated features for a particular entry as it exists at a particular point in time indicated by the timestamp. This feature is also referred to as “Point-in-time correctness”.

Feature stores help data scientists think about the entities rather than tables and columns of different databases. For example, while trying to understand the customer lifetime value of a particular organization, a feature store manipulates the directive from working with customer and product tables to linking customer and product entities. Thus, simply put, a feature store identifies all the necessary entities of a business and helps establish a link to connect them together.

Evidently, real-time models require features from a couple of records to make efficient and quick predictions. On the other hand, feature stores create a feature set from a significantly larger corpus. Speed is not a concern in this case. Thus, both the modes have different architectures.

There are multiple options to create a feature store. Some of them are Amazon SageMaker Feature Store, Databricks, H2O.ai, Rasgo, Scribble Data, Kaskada, and Tecton. FeatureStoreComparison has build a great way to compare different feature stores using factors like products, pricing, and other operations support.

One can make use of the following code to start using the feature store in Python.

Let us try to explore how different companies around the world make use of feature stores.

iFood is a great example of a company that makes use of feature stores. As the name suggests, iFood is one of the biggest food-tech organizations in America and has more than 20 million users. As the number of users increases, the total amount of data generated every second also increases largely. This data includes the addresses of customers, their food preferences, restaurant details, dish details, and so on.

iFood also makes use of Machine learning and AI to recommend dishes to their users based on their food preferences. In order to train such a model, iFood developed its own feature store. This helps them generate relevant features from the data, serve features to different models, and design goal-oriented distributed data processing pipelines. They made use of Spark and Databricks to build their real-time feature store.

Uber has revolutionized the world not only with its highly efficient cab services but also with its ability to deliver highly accurate machine learning systems. One of the major problems supposedly faced by Uber is scaling. As more and more people sign up and update their travel preferences, it becomes cumbersome to scale the machine learning operations.

Uber’s Michelangelo has been largely useful to ameliorate this problem. The Michelangelo feature store was specifically built for goal driven platform for features. It was used to convert raw data into useful features, storing the features, serving features to the models for online and offline batch training, and feature reusage. This feature store was directly advantageous to the users everytime they scheduled a ride and interacted with the app.

This can be understood with the help of the following steps: 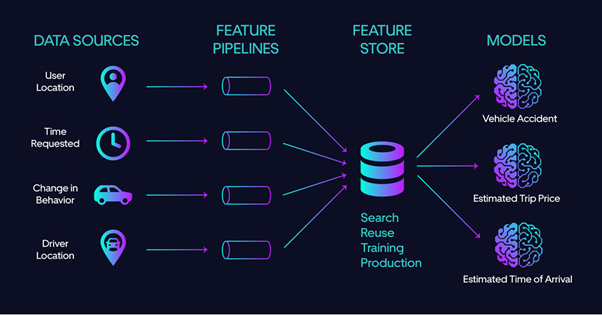 Cons of using a Feature Store:

While there are multiple advantages of using a feature store, it is also important to realise its cons. 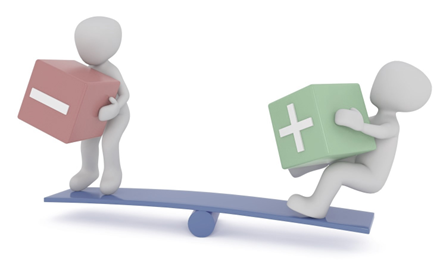 These can be illustrated as follows:

If a particular team in an organization is merely research oriented and not concerned with the operations of the model, building or maintaining a feature store can result in an overkill.

Feature stores are also fairly intricate to use. An organization will have to incur costs to hire a professional to build, manage and monitor a feature store. Moreover, it is difficult to select an efficient and easy-to-use feature store that understands the existing data fairly well and provides entity resolution.

3. Not feasible to build.

To explore Deepchecks’ open-source library, go try it out yourself! Don’t forget to star their Github repo, it’s really a big deal for open-source-led companies like Deepchecks.

How to Choose the Best ML Monitoring Solution

How To Detect Concept Drift With Machine Learning Monitoring

ML Model Monitoring Checklist: Things You Should Look out for