In his visionary paper “Computing Machinery and Intelligence”, Alan Turing proposes a test for measuring whether computers can be regarded as intelligent, which he calls “The Imitation Game”. Rather than ponder what it actually means to be able to “think” or “feel”, which will always be defined differently by different individuals, Turing searches for a pragmatic definition. The idea he comes up with is as follows, if one cannot tell the difference between man and machine in some test – we will call such a machine an “intelligent” being. Thus perhaps the most fundamental question in the field of artificial intelligence begins with a game.

In this post, we will discuss some recent uses of games in the field of Machine Learning. Games can relate to any sort of system affected by multiple agents that have different goals they are trying to achieve. This premise is often used in order to define a complex objective that cannot be explicitly stated.

GANs (Generative Adversarial Networks) were introduced by Goodfellow et al. (2014). The problem they aim to solve is the generation of synthetic examples that are “similar” to a given dataset. More specifically, we are interested in creating a probability distribution over examples that enables us to turn our discrete finite dataset into something continuous. The idea of GANs had a huge impact on the ML world, enabling the generation of Deepfakes and achieving state-of-the-art results in Computer Vision tasks. 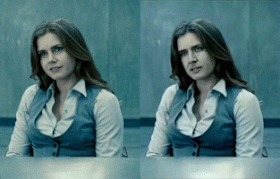 How does it work?

So far we’ve covered the generative part, which is the goal. Now we will focus on the adversarial part – the means.

It is not so straightforward to define whether a generated example could have been sampled from the original dataset. Of course, we could label each example from the dataset as 1, and anything else as 0, but that will incentivize our generative model to simply memorize the original dataset and sample from it which is not our intention.

Where the generator G generates images from a low dimensional distribution G(z), and the discriminator D tries to classify input images into originals and fakes. The Discriminator tries to maximize the cross-entropy between the originals D(x) and the fakes D(G(z)), while the Generator attempts to minimize it. In less mathematical terms, we can imagine that G is a counterfeiter who prints fake money, while D is the cop trying to detect the fake banknotes. 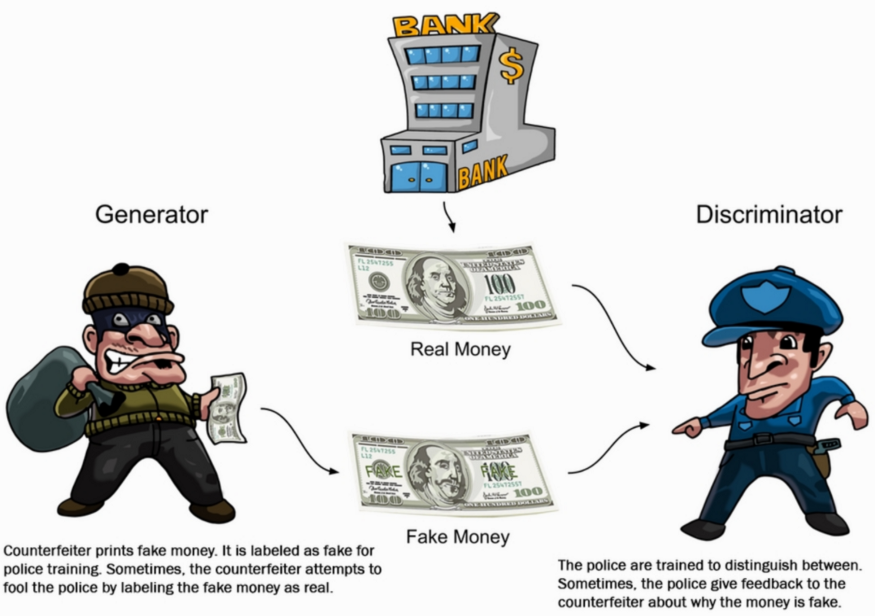 During the training process, the generator becomes increasingly good at producing fake examples that seem real, while the discriminator becomes better at discerning what is real and what is fake.

Want to see Deepchecks in action?

A current hot topic in the ML world is fairness. A fair ML model is one that is not biased with respect to attributes such as gender, race, or other sensitive parameters. Intuitively, we might think that simply throwing away protected attributes from the data before training or inference will suffice. However, it turns out that it is not always so simple to define which attributes are considered protected. For example, a CV of a job applicant might include the words “my husband”, which implies that the applicant is probably female. And thus, even if we remove the field “gender” from the structured data, we may very likely have correlated features that remain in the processed data. Thus, there is a need for more sophisticated methods for creating unbiased ML models.

The problem of creating unbiased predictive models can be viewed as an instance of a constrained optimization problem. We are interested in minimizing the original loss function of the predictor while satisfying the constraints – having an unbiased model with respect to sensitive attributes.

One of the most well-known methods for solving constrained optimization problems is the method of Lagrange multipliers. If it’s been a while since you took some calculus courses, or if you haven’t heard of this method before here’s a quick refresher.

Suppose we want to minimize the following function :

Subject to the constraint:

If we would not have the constraint, we could simply find the solution by equating the gradient to zero:

But how do we fit the constraints into the problem?

Lagrange’s method tells us to introduce a new variable, and create the Lagrangian function:

We now search for extremum points of a new unconstrained problem, and these give us candidates for the original problem. Looks like magic, right?

It turns out that the Lagrangian can be viewed as the value function of a zero-sum game. Player 1 wants to minimize the expression while they can control the values of x and y. Player 2 is looking to maximize the expression while controlling the value of λ. The Nash Equilibrium of this game gives us the values of x and y that satisfy the original constrained problem. How does this make sense?

Assume player 1 chooses a point that does not satisfy the constraint. In this case player 2 can choose a value that will make the total expression explode. Thus, player 1 is forced to try to minimize the function f while satisfying the constraint g.

This intuitive interpretation for the Lagrange multipliers method offers an insightful outlook for solving complex problems. Instead of attempting to have a single agent satisfy a complex constrained problem, we introduce a game with multiple agents, in which each player focuses on a simpler task.

To conclude, we have seen multiple use cases for training competing ML models simultaneously in a game-like setup. This can prove useful in cases where it is hard to define the objective function explicitly (as is the case with GANs), or where we want to solve a constrained optimization problem where it would be easier to use a “divide and conquer” policy. In my humble opinion, this idea is one of the neatest concepts in Machine Learning, and I believe it will be applied and generalized to more use cases in the future.

What is the Importance of Annotated Datasets for AI And Machine Learning?

How to Test Machine Learning Models